Facebook ads tips: Do videos or images perform better and why?

With 17.1 million monthly active users in Australia, there is no doubt that advertising on Facebook opens up a world of possibility for marketers. However, social media advertising is also complex, so if you’re looking for some Facebook ads tips to help you build an effective video marketing strategy, you’ve come to the right place.

One of the big questions that many marketers ask is whether a video or static image will drive more engagement and conversions on Facebook. While there are obvious differences in cost and production time that need to be considered, the most important factor when deciding between the two should be the results they drive.

Here at 500, we consistently see videos generate more engagement and a lower cost per lead than static images. But to show you the proof, we’ve also gathered some of the latest research that compares videos and static images in Facebook ads, including tips from Facebook itself and metrics from our own social media marketing campaigns.

While no one except Facebook knows all the secrets of their algorithm, they have divulged some clues, including noting that video content drives higher engagement than all other content. They’ve also given specific recommendations on how to effectively incorporate video into a Facebook ads campaign, based on their own testing of an eight-day sequential campaign model that determined which combination of static images and videos delivered the best results.

Although a series of two static images generated more site visits, Facebook’s research found that a video ad followed by a static image ad had the highest number of conversions overall, with an increase of 1.3 times compared to the control group that viewed no ads. In fact, the group that viewed a video then an image were 31 per cent more likely to complete an online transaction than the control group.

The bottom line: Videos ads drive higher engagement and more conversions. Here’s a free strategy on how you can get started or improve yours.

What do independent studies say?

A 2019 Databox survey of marketers using Facebook advertising discovered that 59.3 per cent found videos drove more ad clicks than images. While the increase in engagement varied between metrics, some of the participants’ results comparing video to image included:

The strongest theory for why videos generally performed better was that they required audiences to stop scrolling for longer to understand the content, compared to images which can be digested more easily while scrolling. Another reason suggested was that Facebook prioritises video content in their algorithm, not surprising given it’s the most engaging.

HubSpot conducted their own testing in 2018, first pitting a teaser video of a blog post against a simple link share pulling through the meta image from the website. The teaser video received 20 per cent more clicks than the meta image.

Secondly, they ran two videos—one listicle and one narrative—against an optimised image. While the image beat the listicle video, the narrative video won overall, with the most clicks and a lower cost-per-click (CPC) than the image by three per cent.

At 500 Digital, we have also run our own A/B testing in our Facebook ads account. In July 2019, we tested a static image against a video as part of a top-of-funnel lead generation campaign. While the static image had a lower CPC, the video generated:

The bottom line: The video had significantly more engagement leading us to commit the remainder of our budget to that ad.

While no one’s saying that images don’t have a place in a social media advertising strategy, if you’re not already leveraging video content, then it’s definitely time to start. Here are some final Facebook ads tips to get you started.

We want you to experience the results we help clients achieve every day here at 500HQ. So, here’s a gift from us to you. It’s our free video training that will teach you the secrets on how to create Facebook ads that convert. 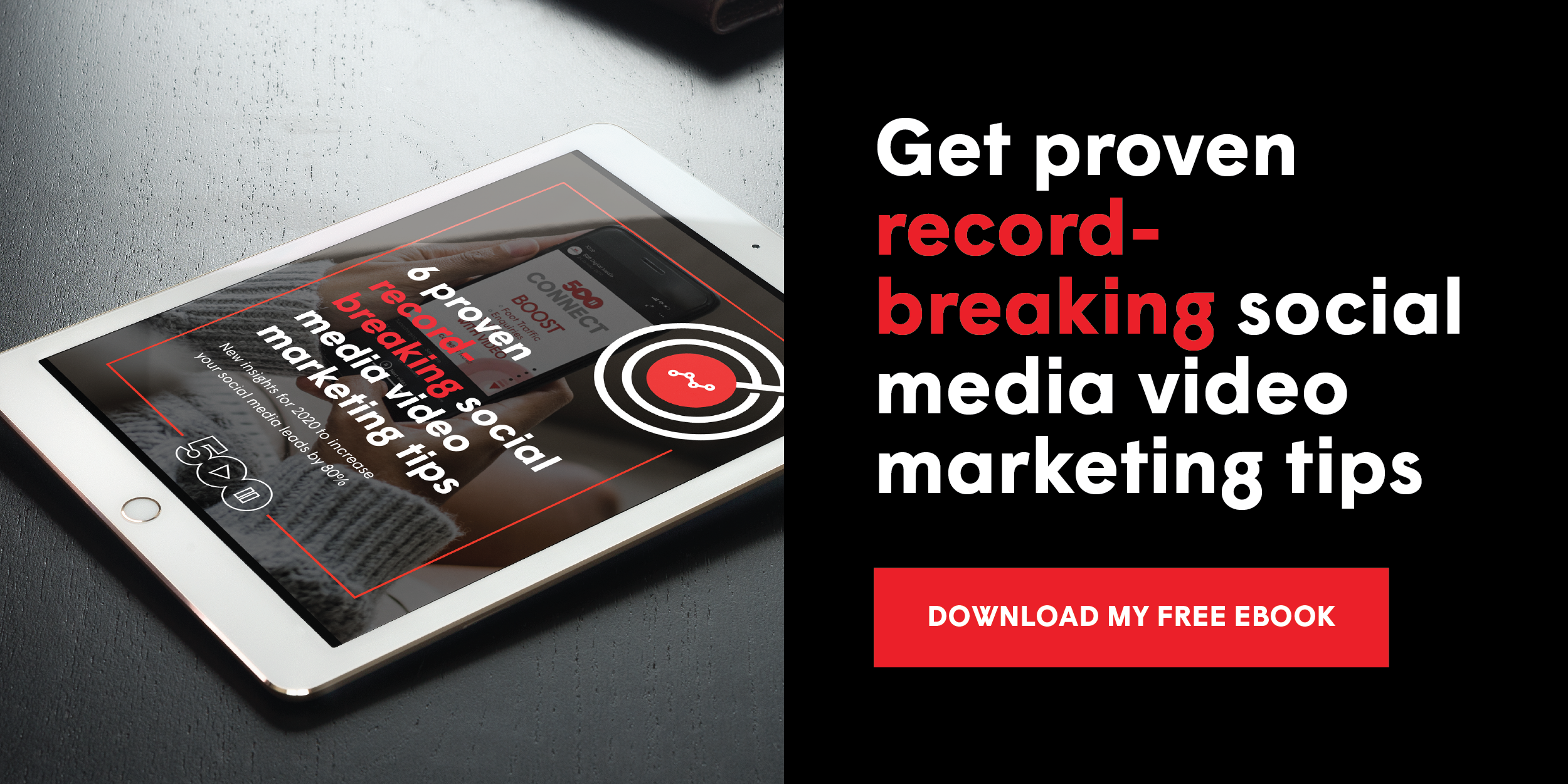 500 Digital Media is a Melbourne-based production studio with a national focus. Fluent in every stage of production – from concept and creation to social media strategy – we provide a full-scale and integrated end-to-end service delivered by our team of in-house experts.